As far as great life mysteries go — Bigfoot, aliens, the Bermuda Triangle — perhaps the biggest of them all is whether the first 10 questions in the Quant and Verbal sections of the GMAT represent exploitable opportunities to boost your GMAT score.

OK, maybe one of these mysteries doesn’t quite belong with the others, but if you’re preparing for the GMAT, you’ve likely stumbled across this hot topic on the forums or in a prep class. So, what exactly is the myth of the first 10 GMAT questions?

What is the Myth of the First 10 GMAT Questions?

The theory goes that because one of the challenges in earning a competitive GMAT score is correctly answering questions within the allotted time, by overinvesting time in the first 10 questions of each section, a test-taker will significantly increase her chances of correctly answering those questions. And since, supposedly, the first 10 questions are more important than the others, if a test-taker gets all 10 of the first questions correct, by question 11, the GMAT scoring algorithm will have assigned the test-taker a score high enough to carry her for the rest of the section. By that method, a test-taker can lock in GMAT score higher than she might otherwise earn.

That story sounds somewhat plausible, right? Like most myths, there is a grain of truth in this one, but before we dispel the myth, let’s talk a little about computer-adaptive testing.

How the GMAT Selects Questions

As you may already know, the GMAT is a computer-adaptive test, but you may be wondering what exactly that means. So, how does the GMAT work?

The questions you see on the GMAT are not predetermined but selected on the basis of your performance on previous questions.

In the Quant and Verbal sections of the GMAT, everyone starts with a medium-level question. If a test-taker answers the first question correctly, the next question will be a little harder. If she answers the first question incorrectly, the next question will be a little easier. Over the course of the 31-question Quant section or 36-question Verbal section, the question difficulty stabilizes, and the GMAT identifies a test-taker’s skill level in that area.

There are some additional factors, such content shifts or experimental questions, that play a role in how the GMAT functions, but in general, the GMAT evaluates a test-taker’s skill level by adjusting the difficulty of questions as the test-taker answers questions correctly or incorrectly.

The Quant and Verbal sections of the GMAT always start with a medium-level question. The GMAT adjusts the question difficulty as you answer each question correctly or incorrectly.

So, does that mean that you should spend more time on the first 10 questions of each section than you spend on the other questions?

Should You Overinvest Time in the First 10 Quant and Verbal Questions of the GMAT?

The simple answer is no, you shouldn’t overinvest time in the first 10 questions of a section. If you could spend three to four minutes on each GMAT question, then the strategy of overinvesting time might work out. However, test-takers do not have unlimited time on the GMAT. For that reason, this plan quickly falls apart.

Overinvesting time in the first 10 Quant and Verbal questions on the GMAT is NOT a sound strategy.

There are three scenarios that can unfold after a test-taker chooses to overinvest time in the first 10 questions of a section. Let’s examine these scenarios.

Scenario 1: The test-taker continues to spend extra time per question on subsequent questions.

Let’s play out this scenario. A test-taker spends extra time on the first 10 questions, naturally gets into a rhythm, and continues to spend more time than she normally would on subsequent questions. She likely performs at that same artificially inflated skill level for at least a few more questions after the first 10, but before long, she faces a significant problem: she runs short on time.

The penalty for leaving questions unanswered on the GMAT is steep — very steep — and if you don’t pace yourself from the beginning of a section, you likely will be unable to finish the section without hastily guessing on a large number of questions, a situation that is very likely to send your score tumbling. In other words, if you overinvest time in the earlier questions rather than simply spending an appropriate amount of time on each question, you put yourself at a significant risk of having to guess on some questions at the end of the section, and guessing on several questions is likely to erode the gains you got from answering the initial questions correctly.

Overinvesting time in earlier questions puts you at significant risk of having to guess on questions at the end of the section.

Result: The test-taker likely will score well below the score she would have earned had she worked at a level pace throughout the section.

Scenario 2: The test-taker works at a “normal” pace on subsequent questions.

In this scenario, at question 11, the test-taker begins working at her typical per-question pace. As she continues to work at her organic pace, her score converges on a value that is in line with her true skill level. In other words, now that she’s working without the advantage of taking extra time to solve questions, her accuracy begins to drop, and thus her score declines as she progresses toward the end of the section.

The real killer is that she still runs out of time on some number of final questions, so she’s forced to rush through them or make guesses, increasing her chances of answering incorrectly. Thus, her score plummets as the algorithm detects that she is getting relatively easy questions wrong.

Not leaving sufficient time to complete the final questions of a section forces you to rush or guess, causing incorrect answers and a declining score.

Result: Once again, the test-taker likely will score well below the score she would have earned had she worked at a level pace throughout the section.

Scenario Three: The test-taker speeds up a little on subsequent questions.

In this scenario, after the first 10 questions, the test-taker works at a speed that is faster than her natural pace in an attempt to make up for the initial over-expenditure of time. However, working faster than she normally would causes her accuracy to drop, and she even incorrectly answers some questions that she would answer correctly if she were working at her natural pace. As she incorrectly answers questions that the computer expects her to answer correctly, her score drops significantly.

Given the inevitable results of these scenarios, you may be wondering why this GMAT myth has persisted for so long.

Why Do People Believe the GMAT First 10 Questions Myth?

Second, the GMAT is a difficult exam, so test-takers understandably seek out strategies to make earning a high score easier.

The first 10 questions of a section are not “more important”; however, if you continually miss medium-level questions, the questions will get easier and your score will drop.

The Moral of the Story

The big takeaway here is that overinvesting time in answering the first 10 questions in the Quant and Verbal sections will not give you an advantage on the GMAT and is actually likely to sabotage your score. Thus, it is essential that you have a solid GMAT pacing strategy in place, one that allows you to balance your time appropriately, so that you are not rushing to complete a section or guessing on many questions because you’re almost out of time.

Of course, a key move in any GMAT strategy is to seek to consistently answer medium- and easy-level questions correctly, whether such questions appear among the first 10 or later in a section.

So, yes, every test-taker should be careful when answering the first 10 questions of a section, but that doesn’t mean you can hack your way to a high GMAT score by overinvesting time in those questions.

Overinvesting time in the first 10 questions will not give you an advantage on the GMAT and is likely to sabotage your score. 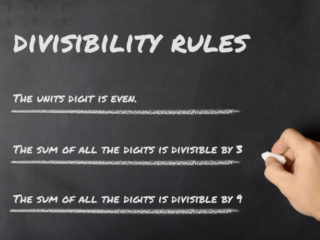 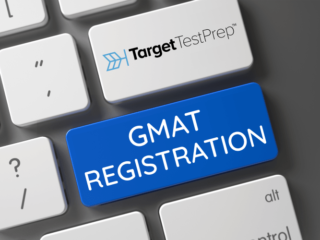 GMAT Registration: All You Need to Know 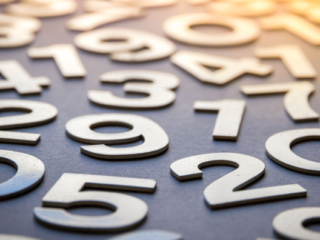 How Many Times Can You Take the GMAT?
Tags:GMAT Timing Strategy

Scott Woodbury-Stewart is the founder & CEO of Target Test Prep. A passionate teacher who is deeply invested in the success of his students, Scott began his career teaching physics, chemistry, math, and biology. Since then, he has spent more than a decade helping students gain entry into the world’s top business schools, logging 10,000+ hours of GMAT instruction. Scott also served as lead content developer and curriculum architect for the revolutionary quant course Target Test Prep GMAT Quant.